Summit Industrial is extremely proud to have been part Wärtsilä’s  first project worldwide with the new W20V31SG engine technology to Cooperative Energy in Benndale, MS.

Summit’s scope included construction required to install (2) Wartsila W31SG reciprocating engines and ancillary equipment. This included all sitework, civil, structural, mechanical, piping, electrical and instrumentation work associated with the Benndale Reciprocating Pilot Project. This is the first time this particular engine is being installed in North America and Summit was excited to participate in this unique partnership with Wärtsilä.

Summit was awarded ONOEK’s MB4 EP Connect Project. The scope includes the fabrication and installation of one meter skid, fabrication and installation of 1,200 LF of 6″ Pipe, and make two tie-ins inside an existing facility. Summit’s scope of work includes all material, labor, and equipment. The MB4 EP Connect Project will allow for the new MB4 Frac to connect to the existing EP Splitter near MB2.

Summit Industrial is proud to support the Houston Food Bank. Summit believes in supporting the areas in which we work. Thank you Phillip and Amy for representing our Company! 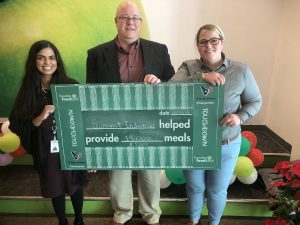 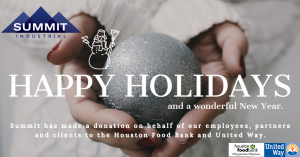 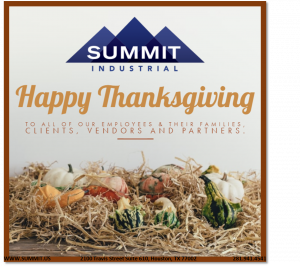 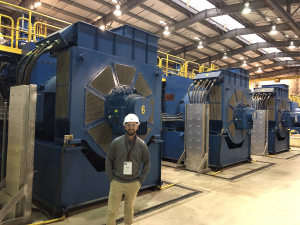